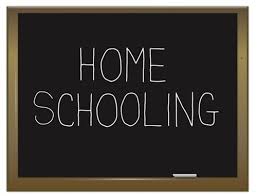 Parents were celebrating the end of home schooling humiliation this week as their children returned to classrooms (again). Aside from the fact they can now drink wine in front of the TV during the day without worrying about setting a bad example, most parents were relieved their own weaknesses would no longer be subject to children’s scrutiny.

During this latest Coronavirus lockdown parents have been increasingly humiliated by their children knowing way more than they did. Many parents reported feeling stressed, with some experiencing flashbacks to schooldays when they had to think for themselves, feared being called out in front of the class (now being asked to come off mute), and worried about whether their clothing (aka pyjamas) was inappropriate.

It was the disappointed look that hurt most

Parents described home schooling humiliation as seeing the disappointment in their children’s eyes when they realised their parents knew less than they did.

“It was horrendous,” one harried father explained. “I was asked about biology. I know nothing about biology. The last time I was interested in biology was back in the 1990s. And that was more to do with practical biology rather than school biology. I remember her now….” he finished, gazing wistfully into the distance. “Young Donny just looked at me and rolled his eyes, especially when I sniggered at the anatomy pictures. His disappointment was heart-breaking.”

The subject many struggled to deliver on was maths. Several parents felt that maths had not moved on since they were at school. And that wasn’t a good thing.

“I was asked to do some complex addition,” one high flying executive mother explained. “So I quickly went and grabbed my laptop, and started to put together a spreadsheet in Excel. By the time I had chosen the column colours, font and file name my child and done it all in their head. How does that work? It’s so old fashioned to actually have to work things out in your head. No one does that any more. It’s so much slower. I was literally tearing my hair out trying to work it out. Anyway, more importantly what colour would you choose for these columns, and fancy a quick glass or three of Prosecco?”.

What was the biggest home schooling humiliation?

Another issue parents raised was the low marks teachers were giving for work that they had slaved for hours to complete. Despite being asked to encourage and not actually do their children’s homework, parents had been busy completing assignments in the hope that teacher assessment would mean their offspring would benefit come the summer.

As their children flicked through Tik Tok, parents were working out how to make models from blue tack, draw pictures of the body or write reviews of books they’d never read.

For many this approach backfired as results were not as expected. “I can’t believe I failed German,” said one disappointed home schooler. “I used Google translate and everything. It was just a shame that what I pasted into the translate block was my shopping list. How was I to know? It was all in German.”

It’s all over now

With schools returning and home schooling humiliation ending parents can now move on with their lives and seek attention and self affirmation elsewhere. Writing a blog maybe.