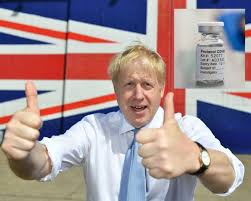 Experts warned this week of a shortage of Union Jack flags as panic buying by MPs and other business people continued.

Inspired by the image of key Government ministers having a Union Jack in the background when having Zoom calls, people have been rushing to buy them as they seek to add that wow factor to their work and other ‘serious’ meetings.

“Having a flag shows you are important and believe in the UK”, said John Puddledick, an aspiring business leader. “It adds gravitas and a seriousness to any meeting. Far better than the underwear we used to see behind people at the beginning of lockdown.”

As he folded his socks John explained, “It also gives me something to do. The raising, lowering and accompanying national anthem passes many a happy hour. It reminds me of my childhood days, when I used to do it at school. “

“Obviously if I’m having a call in the evening over a glass of wine with friends, I take the flag down.” said Debbie. “However I make sure it’s back up for 8am the next morning as I start my important day. Someone did point out the other day I had hung it upside down, but I think they were having a laugh. How can you hang a flag upside down?”

The flags, which are largely made in China, are currently difficult to source. Nicola Sturgeon has recently made hers available on eBay, as an original “in the packet, never used” item if you’re currently on the hunt for one.

For some though, the idea of all this extra lockdown effort is simply too much. One middle-aged man revealed “I’ve bought myself a Union Jack dressing gown. That way I can roll out of bed, start my calls for the day and still look important without any effort at all. I just need to make sure the belt is tied tightly, Job done.”