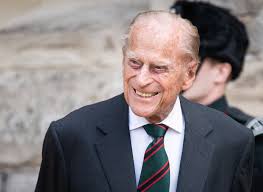 A local astrologer predicted the death of Prince Philip days before it happened. Zelda, from a small town in Surrey, has been writing horoscopes for over thirty years and last week one of her predictions came true.

“It was kind of clear really”, explained Zelda. “As Mars moved in to Jupiter’s orbit around Ursula Major, I could clearly see something bad was going to happen to a 99-year old man who had recently been hospitalised.”

Although not specific to the royal family, Zelda’s prediction was clear the someone in the south-east of England would die this week.

“Some people have said it was just a coincidence given all the Covid deaths,” she said. “However I didn’t say it was from Covid, so obviously that’s not true. As astrologers we deserve to be taken more seriously.”

Astrologers given a tough time

Astrologers have been give a bad press recently. Scientists have claimed that confirmation bias is a key factor in people’s belief in horoscopes. In short, people only remember the those predictions that came true, and will always try to find applicability to themselves.

As you’re reading this you probably have a questioning mind that wants to rule out falsehoods, and yet in certain situations you do pay attention to superstitions and predictions. Being brighter than average, you bring an objective and challenging viewpoint. However you can also bring people round with your warmth and good humour.

Known as the Barnum effect, this is the tendency for an individual to give a high accuracy rating to a description of their personality when told that it has been supposedly tailored specifically for them. In fact the description is vague and general enough to apply to anyone.

This Barnum effect is related to the cognitive bias known as the validation effect. Subjective validation occurs when an individual considers information correct if it has personal significance, which is something we do subconsciously as part of our make up.

However local astrologer Zelda was adamant that astrology, which originated with the Babylonians and so must be based in science, was something more people should pay attention to, especially given the recent accuracy of her prediction.

“If Philip had only read my horoscope in the Muddlefield News he might have taken a bit more care and could have been alive today, or at least prepared better for his death which seems to have taken everyone by surprise.”

Astrologer predicted not much would change in 2021

“Obviously not all horoscopes are meant to be taken literally,” she argued when questioned about one which predicted “not much would change for the Queen in 2021“.

Maybe that was where he went wrong.

Asked about next week’s horoscopes, Zelda was willing to provide some insights.

Oh, and if you’re a sick 90 year old in the south of England, you’re likely to be feeling tired and there’s a chance you could die so tread carefully.”