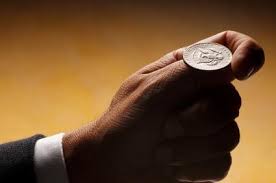 I’m not good at decision making. Faced with a car that was on its last legs, I still spent years deciding whether it was a good idea to upgrade. I spent ages wondering what brand painted the picture of a mildly successful middle-aged noggin, whether white was the new silver, and whether I really needed a car that could carry all my relatives in one load.

My hip replacement decision took two years, and only then it was at the point I could no longer sleep at night that I finally decided to take action.

Other decisions have been left unmade, leaving me to regret not making an effort to secure something I wanted, or making a clear decision not to. Leaving decisions to make themselves is not good for your mental health.

I thought I was alone in over-thinking and over-analysing, but it turns out I’m not. In fact many people who struggle with decision making are turning to randomisers to help the process. (Randomisers are a grand name for things like dice or coins).

Increasingly people are using randomisers to save on mental effort, especially for small decisions. Many apps provide random workouts, random food, random games, or random playlists. Humans are drawn to this as a way of saving the effort of having to think, which in an evolutionary sense is understandable. Spend too long dilly-dallying around filling in your prehistoric spreadsheet and you get eaten.

Luckily decision making for most of us today isn’t about life or death. The problem is we have time to play out all the future scenarios we think would happen in our head, meaning the speed with which we make decisions slows down. And it’s useless anyway, as in most instances those scenarios will never happen in the way you play them out, for better or worse.

The Dice Man and decision making

The Dice Man, a 1971 novel by George Cockcroft (writing under the pen name “Luke Rhinehart”) tells the story of a psychiatrist who decides to make daily decisions using dice.

Cockcroft was in reality a muddled midlifer. In an interview with The Guardian he explained his thinking. “..the book is about what makes human beings unhappy and how they can escape.”

He admits the writing was “psychoanalysis”, a way of understanding, and processing, his brief estrangement from his wife. The Dice Man involves examining some of the things he could do if he could free himself from his life constraints, and his fear of making decisions. The book played out many fantasies. There is, for instance, much adulterous sex, which seems to be a theme for his decision making options and may reflect the times when it was written.

In the end the the book concludes it might not be a good idea to live your whole life using dice for decision making (despite some real people trying), as some of the decisions led to wild, erratic and illegal behaviour and the breakdown of relationships. However that’s not to say the idea isn’t without some merit.

In some trivial decision situations, the use of randomisers may indeed lighten the cognitive load. Additionally, this strategy might satisfy a person’s whimsical curiosity to try new things.

But how do dice fare in more important decision contexts? Previous research suggests that decision-makers struggle with the idea of abandoning their own reasoning and completely relying on a randomisation tool. However, this doesn’t mean that randomisers can’t be of any help at all.

Indeed, using coins or dice as randomisers but reserving the right to overrule their outcome may offer surprising benefits. Recent psychology research investigated this decision strategy in more detail. Across two experiments using coins and dice respectively for making menu choices in a restaurant, randomisers appeared to act as decision “catalysts.” Participants did not always follow the randomisers’ outcome, but the process helped them make up their minds when indecisive. The researchers suggested that flipping a coin or rolling a die led participants to imagine the respective outcome more vividly, which resulted in a stronger emotional response. By picturing the individual menu option in their mind, they recognised hidden preferences and made decisions more easily.

Making it simpler speeds up the choice

A related study provided further evidence that randomisers simplify the choice process. When using randomisation tools, decision-makers were less likely to seek additional but unnecessary information about the different options. This helped to speed up their choice.

A more recent study found that for important decisions (e.g. quitting a job or ending a relationship), individuals who are told by the coin toss to make a change are more likely to make that change, more satisfied with their decisions, and happier six months later than those whose coin toss instructed maintaining the status quo. This finding suggests that people may be excessively cautious when facing life-changing choice

Also, once the decision is made, especially if it’s made in line with the randomiser, people were happier than if they didn’t make a decision at all. So bizarre as it sounds, when faced with difficult decision making maybe rolling dice is the answer. Give it a go. See how you feel.