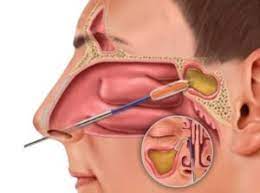 I lost my sense of smell a couple of years ago. Or longer. In fact, I can’t quite remember when it actually went. That’s middle age for you. I do know it came to a head when I couldn’t smell what the dog had left me as a gift in the kitchen. I gave that gift to the rest of the house as I wandered around, and in doing so realised it probably was time to wake up and smell the coffee. Or at least see why I couldn’t.

When I thought about it I realised it wasn’t a lot of fun not being able to smell. I used to love the smell of freshly cut grass and coffee especially, and thinking about it made me miss it. It’s funny how you get used to things, and don’t realise you’re missing them until it’s too late.

Faster is better for sense of smell loss

Apparently if you’re losing your sense of smell the sooner you get it checked the better the chance of it returning. More action and less daydreaming is the order of the day. Maybe it was lockdown, but it was a long time before I thought it was worth checking out.

For a time I tried smell training. I bought myself some aromatherapy oils and spent a portion of each day sniffing the tiny bottles to see if I could tell the difference between lemon and peppermint. I could vaguely make out orange, but aside from that it was all a bit of a blank. It’s hard to stay motivated when you don’t see any improvement.

So eventually I decided to call the doctor. A bit like with my hip, he said that although it wasn’t uncommon to lose your sense of smell, I was still a bit young not to investigate it. He did wonder whether I could have some serious accompanying illness, but as I had no other symptoms he thought that was so unlikely not to be the first port of call.

Causes of sense of smell loss

Most commonly then, sense of smell loss (anosmia) is caused by:

There are other causes of anosmia, too. When the nasal passageways are obstructed in some way, the ability to smell can be affected. Examples include:

In addition, the olfactory pathways, which send messages between the nasal passages and the brain, can become impaired from age and from certain medications. Also, certain medical conditions can dull or diminish the sense of smell. These include:

An endoscope up the nose delivered a small grunt of triumph from the consultant (it was hard to hear given the mask, but maybe I’m losing that too). He explained that it looked as though a long way back I had nasal polyps blocking the smelling nerve. Polyps are grape sized growths that are common with people who suffer from asthma. Turns out they can impact your sense of smell, and leave you with a stuffy nose which I had always assumed was some sort of long term hay fever.

A CT scan confirmed the diagnosis. It appeared I also had sinus disease, which shows what you can live with if you’re in lockdown and don’t visit doctors.

Surgery for sense of smell loss

He decided surgery was the answer. A course of steroids and antibiotics preceded the Functional Endoscopic Sinus Surgery (FESS), which was designed to remove the polyps, tidy up the sinuses and restore me to working order.

Once more it was back to paper pants, and a gown which didn’t do up properly. After shuffling down the corridor in my special hospital dressing gown, I was given my special injection before I could say “that made my arm cold” I was asleep.

The operation was quick, and I was returned to my bed within a couple of hours of going down to theatre.

Early on (it seemed) a nurse encouraged me to go to the toilet (they don’t let you home otherwise) but I wondered how I’d be able to given my legs couldn’t move.

Then I remembered I hadn’t had anything done down there. Immediately the psychosomatic freeze disappeared. The good thing about sinus surgery is that you’re up and about straight away. Also this time I didn’t suffer from any infections, which meant the tea and biscuits and warm room provided quite a nice break from work.

The surgeon popped in to shatter the peace, but still being under the influence what he said passed me by. Apparently something was removed. Let’s hope it was a polyp.

I was home by 4pm the same day. I was a bit woozy following the anaesthetic but almost disappointingly there was no other sign of surgery. No swelling, black eyes or bleeding. Certainly no crutches, but that would have been a bit odd. He left dissolving pads in my sinuses which also meant no dripping.

I took a week off work, mainly to get over the anaesthetic. I didn’t have any significant pain (helped by some codeine), but it felt like I was already breathing more clearly than I was before.

Instead of physio I did nasal douching. This is a posh way of saying sniffing water. It goes up one nostril and out the other, and clears out any remaining debris. I can recommend the little bottle that squirts it. Sniffing from my hand just seemed a whole lot messier.

For the first couple of nights I slept upright, and watched TV without moving, but aside from some nausea and occasionally feeling like I had ice cream brain freeze I count myself lucky I wasn’t as uncomfortable as others.

A week after and I felt pretty much back to normal. My sense of smell has yet to improve, but according to the research that might reappear over the coming weeks and months. It’s by no means guaranteed which would be a disappointment, but at least in this case I’ve tried to sort my life out.

My advice would be if you’ve lost your sense of smell get it checked. It might be something, it might be nothing, but they might be able to do something about. If nothing else, it might stop you snoring (I can’t comment on snoring, but I never thought I did that anyway).