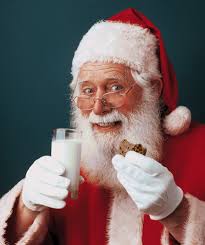 Everyone loves Father Christmas. People invite him into their houses with offers of mince pies and wine, think he’s cute and in some instances sit on his lap. I look very similar, and yet people think I’m an old tramp, drink too much, and am best avoided this time of year. How can I make myself as popular as he is?

Marvin’s answer: Well, for a start don’t forget Father Christmas comes bearing gifts, for the hosts and their children. Turning up at someone’s house with a bottle of wine that only you drink doesn’t really make count.

Also don’t forget he only gets one invite a year, so people forget the mess he makes with crumbs on the floor, footprints on the carpet and half drunk drinks left lying around. If he came every day people would soon get bored, with his funny old laugh and always having somewhere better to go once he’s had a drink.

I’m guessing if most adults were being frank (in sense), they’d avoid inviting him in at all. After all, although he’s as honest as the day is long (and it’s a long old day on Christmas Eve) it does go against all the security principles people stick to for the rest of the year. And if he were to stumble across your credit card details, can you really be sure he wouldn’t tuck them away for a rainy day?

Adults invite him in because of the kids, and that’s your angle. Next time you turn up at a friend’s house, compliment them on how well their kids are doing. Call their children polite, bright and possibly the next prime minister. Say how far advanced they are compared to other kids you know, whether it’s in terms of walking, talking or being genuinely gifted in something (sport, music, academia – doesn’t matter which one you choose)..

Before you know it the invites will be flooding in, and people will be talking about you as the wise old owl who can predict their children’s fortunes. 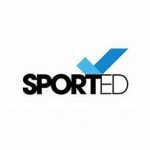