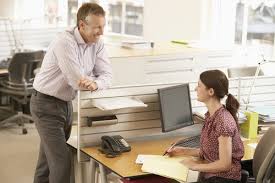 Someone once accused me of being a work distraction. I can’t think why. It’s not as if I was pestering them in any way. I imagine I was merely passing on some witty anecdote or wise words, and they weren’t focusing on what I was saying. So far from being a “Distraction Dave” I was actually enhancing their life. Unlike phone and email. They’re the real work Distraction Daves here.

Apparently on average we now get interrupted every 11 minutes during our working day by our phones or by email. After each interruption it takes 25 minutes for our brains to refocus on the original task. Which, when you think about it, makes you pretty ineffective as you’ll be distracted again before you know it.

Avoid work distractions if you want to get the job done

Not only does your concentration get wrecked by Distraction Daves. Your quality of work suffers too, and that’s without even answering any messages.

The Journal of Experimental Psychology: Human Perception and Performance found that the rate of errors made after hearing or feeling an alert on your phone was about the same as if you’d actually answered a call or message.

According to a survey conducted by Udemy, workplace distractions negatively impact performance, productivity, and potential. What’s more, to compensate for these interruptions, people work faster. A UC Irvine study shows that this increases stress and frustration.

Your health is suffering

In other words, if emails are flooding into your inbox, the faster you work and the angrier you become, which makes those emails and texts ripe for mistakes and misunderstandings.

In short, constant distractions don’t just affect productivity. They can also be detrimental to your health.

So if you want to paint that Powerpoint quickly, work distractions should be avoided as much as possible.

And it’s getting worse. Even at home during lockdown distractions exists. Nowadays the average worker switches tasks every three minutes. That’s a lot of lost time and energy. Yet when it comes to your digital lifestyle, priorities and focus areas are neglected for notifications, and messages.

MIT Professor Sherry Turkle explains that simply placing a smartphone on the table near two people talking changes the conversation into a more trivial and less engaging one. She says “the phone symbolizes that we could be interrupted at any minute” and so people naturally gravitate to frivolous topics that could be interrupted without consequence. It’s even worse if one of you starts playing Tetris.

4 things you can do to be more productive

It’s not hard to know what you need to do to reduce work distractions. In fact most of us could give ten things that would work. But it doesn’t need to be that complicated. Four will do:

Of these, notifications and the mere physical presence of your phone are the things to focus on. If you’ve set expectations, most people will be happy with a delayed response, but is there really any need to be notified that someone has just viewed your Linkedin profile? Surely that can wait.

Keep reading, but here are our most recent posts you might want to see…

Much like any addiction, removing the dopamine rush you get from reacting to notifications, messages and emails brings withdrawal symptoms. They’re the same level of intensity as if you’d given up alcohol, parties or friends.

Given that fact, it might not be such a great idea to leave your phone completely off or at home on day 1 as that will make you twitchy and short tempered. It will take time to change your relationship. Learning to manage the withdrawal with “good” distraction techniques (try talking face to face, listening to music or simply mindfully reducing the demand) is key.

It’s a bit like dieting. You know it’s the right thing to do, but if you sit staring at the moist piece of carrot cake all day, at some point your self control will fail. In my case after about 23 seconds.

Reduce the temptation to touch

If you’re struggling with self discipline and just can’t resist touching your phone, then you need to create an incentive not to touch it.

Ironically there are many phone apps to encourage you not to touch your phone. For example, the Forest app replaces your phone’s home screen with an animation of a growing tree. As long as you don’t touch your phone during your Forest session, the tree will continue to grow.

But if you pick up or tap your phone, the tree will wither and die. It may sound silly, but it’s a surprisingly powerful motivation to leave your phone alone.

If you’re really good over time you can grow a whole forest of trees that represent the progress you’re making.

You don’t need to ditch them, just manage them

So in summary, you don’t have to ditch your Distraction Daves completely. That would just be too hard and impractical in today’s digital world.

However there are things you can do to create a more positive relationship with your phone and email. Not only will that make you more productive, but you may find yourself becoming less shouty too.

[…] choose to navigate away from what they are doing to check if any emails have arrived, they remove focus from the task at […]