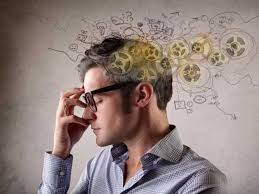 I have some special memories. Admittedly as time passes they’re becoming a bit fuzzy around the edges, but to me they’re special all the same. Some great holidays, parties and meals out (with sticky menus). However they may not be all they appear (in my head). And in some instances they may be completely false memories.

The question is, does it matter and how can you leverage this brain quirk?

As I get (a bit) older, I find myself struggling to remember names, things I need to do or where I put things. Some memories seem to linger longer, and be more complete. Some trips I’ve made I can remember with almost graphic detail. Or so I believe. In all likelihood large parts of these “videos” are false memories.

You may think you’re remembering what happened but in fact you’re recreating a story from fragments of memories, ideas and things you’ve been read or told. Your brain is knitting these fragments together to make a coherent story, but it means that as time passes it’s filling the gaps more and more with its own creative interpretation of what happened. It’s not what actually took place.

False memories are a sign of your brain’s creativity

It’s similar to when people partially lose their sight through macular degeneration. The central vision no longer works effectively, so the brain superimposes images to fill that central gap. It creates what it thinks should be there to make a complete the image. Sometimes these can be bizarre and obvious mistakes, but others are harder to recognise as errors and you accept them for what they are. It’s why people with the condition can grasp for cups that aren’t there.

There is no such thing as a truly “photographic memory”. People may have trained themselves to remember details like packs of cards, but this is short term memory and highly structured. Anything more fluid, or normal, and your brain begins to get creative.

Many studies that prove false memories are a thing

In one study, people didn’t even notice a person they’d been talking to was swapped for someone else after a moment of distraction. The brain had filtered and forgotten what the original person looked like as it wasn’t core to the narrative, so accepted a replacement person as the original.

In another experiment, Elizabeth Loftus (in 1994) was able to convince a quarter of her participants that they were once lost in a shopping centre as a child. The participants felt the emotions of being lost, could remember small details, but in fact the story was completely fabricated. They had been influenced by her researchers into believing it was true.

A similar experiment in 2002 found that half of the participants were tricked into believing they had taken a hot air balloon ride as a child, simply by showing them doctored photographic “evidence”. Sadly it seems our brain is all too happy to make things up.

Why the brain creates false memories

The question is why the brain does it? Sergio Della Sala, a cognitive neuroscientist at the University of Edinburgh, says it can be thought of in the following way. Imagine you are in the jungle and you see some grass moving. Humans are likely to panic and run away, with the belief that there could be a tiger lurking.

A computer, however, might deduce that 99% of the time, it is simply the wind. If we behaved like the computer, we would be eaten the one time a tiger was present.

“The brain is prepared to make 99 errors to save us from the tiger. That’s because the brain is not a computer. It works with irrational assumptions. It’s prone to errors and it needs shortcuts,” says Prof Della Sala.

Your brain doesn’t need to store accurate memories, as doing so might be counterproductive. For us to survive, the brain needs to process data really fast. If we go to touch something hot, the brain needs to remind us from past experiences that’s not a good idea. However it doesn’t need to worry about the time, place and who else was there when we learnt that lesson.

For the purpose of protecting us it’s irrelevant, so can be replaced with whatever it decides to make up to enable us to keep the coherence. When we think back on the events in a conscious way we try to recreate the full image, but this is simply the brain creating a story you’re happy to accept.

I guess the key question is does it matter?

Well for people who have become convinced they have committed a crime or were the victims of one that never actually happened, then yes, it does matter. These people feel the same stress as if it had occurred.

For most of us though a false memory is something we won’t even be aware of being wrong, unless someone proves it to us. Our brain is remarkable in creating a universe for us without it ever seeing the light of day. Don’t forget your brain is a grey blob encased in bone receiving inputs from external sources. We should be pleased it manages to do the job it does.

There have been many events and activities when I wish I had a photographic memory. But as has been proven, this doesn’t exist. However if your memories are positive, and you believe them, then there’s no need to worry about them.

How to play the brain at its own game

However if you do want to remember more closely what happened then one way psychologists believe you can at least keep closer to the truth is by recording it. It may not be always practical to video the event. The next best thing is writing it down in a diary.

The good thing about this is you can always influence the truth. Making the diary entry upbeat and positive is more likely to result in you recalling the event as a positive one.

So my advice would be to write down important events, but maybe add the odd positive embellishment. Play the brain at its own game. When you come to pore over those diaries later, and recall the events, you’ll feel more upbeat. Even better, if you can share those memories with someone else they’ll strengthen further, especially if you both focus on the good version of events.

At the end of the day, your brain is creating a story for you to maintain a life narrative that flows coherently. At the same time it’s saving energy and you by not remembering everything.

It means those special events may not have happened as you remember, but you’ll believe they did. And if that makes you happy, then don’t let the truth get in the way of a good story….

It's a dog's life. Why buying a puppy might not be the answer to midlife stress - Redundant Midlife

[…] cheap. You could be talking a lot of money, with few costing less than £1000 now. Let’s hope your memories (true or false) of that last holiday with a gorgeous hotel view are good ones, as it could be a while before taking […]