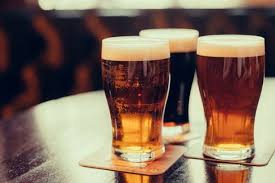 A middle aged friend of mine claimed to be “exhausted” this week from post-lockdown anxiety. This came after spending two consecutive nights socialising, and being pressured into having a good time.

“I’m not used to it” he said, looking visibly pale and drawn. “I thought I was still at my peak but I can’t do it anymore. After two pints on the second night I just wanted to go home and start watching Game of Thrones from the beginning again.”

Several others have also expressed concern that as lockdown eases, the expectation on them to be sociable will be more stressful than being locked down. And it’s true. People you’ve managed to ghost over the preceding 12 months suddenly want you to meet up. People you work with want you to travel to an office and be professional for a whole day. Like any change, it’s going to be tough.

The feeling for many is that after so long in slippers, slobby clothing and going to bed just after the watershed, the effort required to get dressed up and go drinking might be a step too far.

Post-lockdown anxiety is to be expected

One expert had some advice for the socially challenged. “After so long you can expect a little post-lockdown anxiety. Everyone is talking about spending time with friends and family face to face, but in truth you may not be feeling it. There can be no muting or going off video when you’re out and about, and the pressure to stay talking longer than the 45 minute Zoom cut-off can be very tiring indeed. Take it gently. Don’t forget you may not have done much during lockdown, so conversation may be slow at to begin with.”

The key is to go out with close friends first. These are people who will understand your need to back off when it all gets too much.

Although the middle-aged people are most likely to suffer, young people are also just as susceptible to worrying about being sociable again.

Even what to wear can cause stress

It’s not just the big things that can cause problems. Even deciding what to wear can also cause angst. For those who have not braved outdoor beer gardens, the biggest worry is what to wear from the waist down. For those that have, it’s whether the thermals and woolly hat look was now a “thing”.

“There’s no way I’m only going out in a shirt,” one man explained. “It can get a bit nippy at the end of the night so I shall be in my sensible jumper and raincoat.” What he neglected to explain was that the buttons on his shirt probably wouldn’t survive a night out, given out much weight he’d gained in the last few months.

So if you’re feeling a little stressed about the partying everyone keeps mentioning, don’t be. Most of those people will be talking the talk but not walking the walk. And what’s more, the advantage of being a bit older is that you can say no without worrying. Most people probably think you’re too old to be cluttering a pub up anyway after about 9:30pm, so have no fears about leaving early.

You can always claim you have an early call in the morning.

Post-lockdown anxiety symptoms are similar to those of a hangover, so the likelihood is you’ll be feeling these at some time:

However, if they go on for longer than a couple of days, think about seeking support from your closest friends or family, or even professionals.