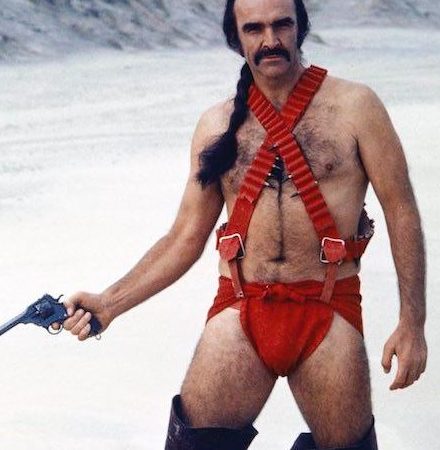 Midlife fashion is a difficult nut to crack, as is midlife grooming. For example, I was heading out in the rain yesterday and found my coat was broken. I’m rubbish at fixing anything so threw it on the floor in a fit of mild annoyance.

I didn’t mind as I knew I had a spare. I’m good like that. Upstairs I went, rummaged around in my wardrobe for two nanoseconds, and pulled out my trusty red Sprayway. Some time ago I had filed this item as a “not a favourite, but would do in an emergency” coat.

Old clothes still work – but they might not be trendy

I was quite happy until I started thinking about it. The coat I was wearing was from 1998, bought for a skiing trip.

I even had the matching fleece. Twenty two years later and here I was thinking how good I, and it, looked. In my mind the coat was still new. Certainly it had aged better than me in middle age. For a start it had two working arms and a hood that still functioned. I was more battered – have I told you about my hip?

This made me twitchy on several counts. Not that I aspire to be trendy, but wearing twenty two year old coats obviously means I’m not in touch with the latest fashions. Or maybe they’ve been and gone and come back again so I’m actually on trend. I thought this had happened with tracksuit bottoms, but apparently (according to my kids) I just ended up looking a slob. Oh, and “tracky bottoms” wasn’t a cool term to be using.

The other thing that occurred to me was that anything I buy today could be with me into my seventies. It made me question what I am buying. Should I jump straight to cardigans and slippers, and ditch hoodies, branded t-shirts and jeans? Should I go back to a shirt and tie like my dad, who only ditched his tie when he passed 70? Comfy shoes? Well I was buying those already.

Anyway, the point is I felt I was crossing a divide. Firmly in middle age, I was happy to resurrect working, slightly used items, even if they no longer matched the world around me. It seemed to me that for us blokes there are some big midlife fashion decisions to make. And I don’t know the answers.

And the answer for middle aged men is? You’ll be wrong whatever you decide.

So I have lots of questions, but no clear answers. If I could wear a suit like George Clooney I would. However I end up a rumpled mess. If I could carry off the young trendy sporty bloke thing I would. However I end up looking like a teenage kid with wrinkles. Jeans? I look like some overweight cowboy, or someone who got lost in M&S and grabbed the first thing they could find.

I think the answer is that midlife fashion has no answer, and you simply have to bluff your way through to cardigans, slippers and a pipe if that takes your fancy. If your kids laugh at you it’s probably wrong, but then again maybe the beauty of middle age is that you don’t need to give a f**k.

All I do know is that if you ever start folding socks, you’ve gone too far.

Other views do exist, and can be found here.