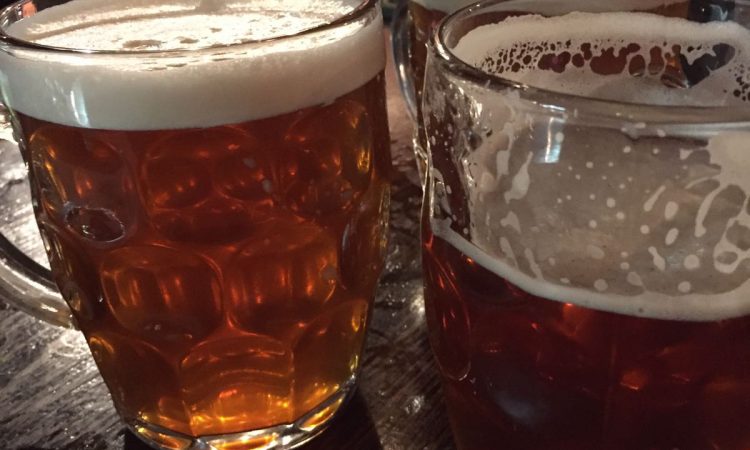 Alcohol impacts your body in many ways. Yesterday a local man was complained that the Government wasn’t doing enough to warn us of the dangers from post lockdown drinking after his first night out for a while ended with the mother of all hangovers.

Dragging himself to the door, the man explained how his excitement of being allowed indoors at his local pub had got the better of him.

“It started with a thirst quenching beer,” he said, struggling to keep his eyes open. “Then wine with the meal, followed by a couple of cheeky brandies for the journey home. I don’t remember what time I got back only that the room was spinning, it was getting really hot and I had a thirst I could never quench. Now I feel like shit and can’t move. The Government should have taken precautions against this excess and warned us not to go out.”

As others have woken up to the fact they’ve lost their alcohol tolerance we thought we’d provide a view on how that night out plays havoc with your body.

So let’s start with the calorie impact.

Not many of us during lockdown have sat down and eaten a box of doughnuts. But power your way through a bottle of wine and that’s effectively the calories you’re taking on board. In all likelihood you’ve been sat sat down too, meanings those calories aren’t going anywhere fast.

What’s more, as you sit there drinking, the chances are you’re feeling a bit peckish, and those pork scratchings are becoming ever more appealing.,

Alcohol and the munchies

Alcohol switches the brain into starvation mode, increasing hunger and appetite. As you drink your brain tells you that you need to eat more to stave off those hungry feelings. The alcohol is doing nothing to fill you up. You’re not really hungry, just tricked into thinking that.

So by the end of the evening you’re a few pounds heavier, and as you climb in to bed to stop yourself eating any more, the room starts to spin. Alcohol impacts your sense of balance too.

The presence of alcohol in the blood affects how your inner ear works. There are three small fluid-filled structures called canals; the fluid is called endolymph. There is also a gelatinous structure called the cupula, which is filled with hair-like cells called stereocilia. When sober, moving around moves the endolymph, which distorts the shape of the cupula and moves the stereocilia, which send electrical signals to the brain regarding movement, balance, and more.

However, when a person drinks, the system changes. Alcohol thins the blood, which creates a difference in density between the fluid in the canals and the cupula. The shape of the cupula is distorted in ways not associated with the person’s movement, orientation in space, or balance. The stereocilia tell the brain that the body is moving much more than it actually is, so the person may feel like the room is spinning or the ground is moving.

Then after you doze off you wake up again. Thirsty.

Alcohol is a diuretic, meaning it increases the amount of water your body eliminates through urine. Normally, as you become dehydrated your pituitary gland releases a hormone that causes your body to start retaining more water, helping to reverse any dehydration. Alcohol causes less of this hormone to be released, so your kidneys release more water than normal. This causes the dehydration that makes you thirsty in the morning and can also cause dizziness, faintness and muscle cramps if you’re dehydrated enough to lower your body’s potassium concentration

Your body can only process about one drink per hour, so you should be limiting yourself to no more than three or four drinks in any 24-hour period and not having even this much alcohol more than one or two times per week to limit the risk of adverse effects. That bottle of wine and chasers seems a long time ago.

You fall asleep again but by early morning you’re not only thirsty but hot.

Since alcohol disrupts your body’s temperature regulation, it can also cause further sweating as the night goes on. While many people naturally experience a body temperature drop overnight as they sleep, studies show alcohol might actually block this natural cycle. This can contribute to alcohol-related insomnia.

On the other hand, if you find yourself sweating the morning after you drink, this is likely a hangover symptom. A major hangover can actually result in a low-grade fever due to a blood sugar drop, dehydration, or even an immune response.

Alcohol impacts the day after too

All this means that by the following morning you’ve not really slept and your body is a confused mess of chemicals. Your normal lockdown routine of early morning exercise before work disappears and before you know it you’re having a lunchtime nap. That means you don’t sleep on the following night either.

I hope it was worth it. And to be honest, after a year in lockdown it probably was. Maybe the Government should have got us in training again earlier. Perhaps we should ask Dominic Cummings if it was ever discussed.