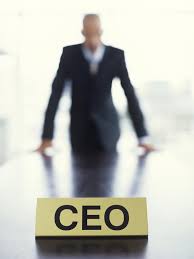 A midlife career change isn’t easy, but when you’ve been made redundant it does make you wonder what’s it all about. Do you want to continue down the same track? Try something new? Stop? The choices aren’t as obvious as they were.

A friend of mine became the CEO of a large FTSE organisation. My father asked, “why can’t you do that?” and at the time I replied “maybe I will one day”. The sad and unsurprising truth is that I won’t. It’s not for want of trying. During my career I’ve worked evenings, nights and weekends. Given up holidays and family events. Attended socials I hated. But in reality, although I have done quite well, I was never going to, and never will, make CEO.

I lack the political nous and ruthlessness required to be the big cheese. I’m a people-pleaser, so would open the door for the next CEO to walk through even if it meant quashing my own chances. And that’s not necessarily a bad thing. Not everyone can be the boss.

When you’re made redundant midlife it gives you the chance to pause for breath. As I said, I’m never going to be the CEO. However even at my age, the prevailing social influence still seems to be ambition is good. You need to strive for workplace seniority. Your self-esteem and standing in society are inextricably linked to your job title.

Peer pressure for midlife career changes to be promotions not changes

When you’re searching for a new job, people expect it to be a step up. There’s one or two who have encouraged me to try something new and make a midlife career change, but they’re in the minority (and actually, as it turns out, it’s not an easy thing to do).

It does beg the question of when or whether the chasing stops. Do you have an epiphany that says “take it easy”? Or do you keep chasing the dream until someone makes you retire and you stand exhausted, wondering why you finished somewhere down the pecking order? I’m not sure.

A poet once wrote “They say that hope is happiness..” He was talking about love. But it could be broader. Is the fact people hold on to the hope that one day they’ll be closer to the top what makes them happy. If you didn’t have that hope, where would your motivation come from.

Other midlife career paths are available

I have friends who have taken different career paths. Optician, accountant, IT consultant, oh and CEO. They earn good money and all have respectable jobs. However on a night out they all moan about work. They moan they don’t have enough money, and they all want to do something else.

Yet for some reason they don’t doing anything else. They work really hard and sacrifice things they’d rather be doing for that extra bit of money or promotion / chasing. They’re all caught in the same trap – hoping for more, but unhappy with what they have to do to get there. And this is everyone. There are plenty of studies showing that despite the money and trappings many CEOs aren’t happy (Forbes).

See what other people are up to….

The people I admire now are those who consciously take a different path. People who can stand up against the prevailing wind and say, “you know what, I’m going to focus on my well-being rather than sacrificing it for others”. They know they’re never going to be CEO. They hope for different things. I know a few like that. Weirdos and freaks mainly, but they seem happy enough.

There’s one friend of mine who does seem to have a better balance. He recognises he’s in a small pond, but at the same time he’s quite a big fish. Almost whale like actually. He’s proud of what he does, and is pleased to explain it to anyone who’ll listen. He’s one of the few. He doesn’t want to be top dog, knows he’ll never be asked, but somehow gets his pleasure from helping others on their way.

Appreciate the good things in life

If I’ve learnt anything from this redundancy, it’s that you should appreciate what you have. I may not be flying business class to Hong Kong, or leading armies of people in Powerpoint production, but being able to sit in the pub with your mates and moan about life is priceless.

So in considering a midlife career, whether it’s a change or extension, promotion or demotion, the key is to keep it in perspective. Get enough money to survive or more, but recognise you should be enjoying what you do, not being a slave to someone else’s enjoyment.

It’s a difficult perspective to keep, but in the end no one will thank you for not being CEO. They may however thank you for buying a round.