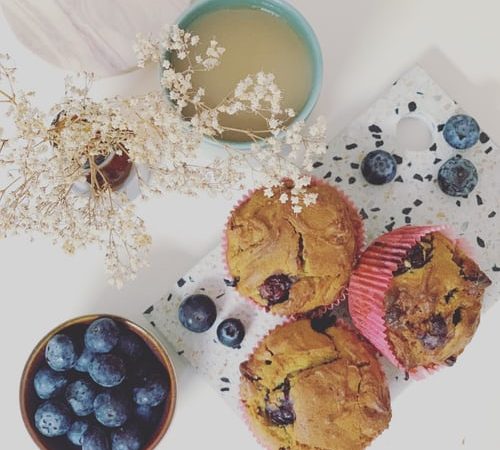 Blueberry muffins and a cup of coffee. It’s got to be one of the best ways of getting past the 11 am blues. It doesn’t matter on the coffee – latte, capuccino or americano  they all taste better with a fruit rich muffin.

So, before we hit Blueberry Muffin Day on 11th July (I don’t make these things up) let’s consider a bit of the background to my favourite muffin, and how you can make your own using our silicone cake moulds. Oh and to be clear, we’re talking cake muffins, not the English muffin which is simply bread by another name. Where’s the fun in that?

Although the muffin world is now predominantly American, it’s believed that muffins originated Europe. The word may have come from the German Muffen (Muffe meant small cake), although the French also have a claim with Moufflet.

Either way, a Muffin Man first appeared in a 1754 poem, depicting a man selling muffins on the street. I wonder whether his name was Mr Starbuck?

As an aside, and thinking of muffin men, it wasn’t until 2013 that the Australians coined the term “muffin top” meaning the roll of fat that hangs over the top of your trousers (well mine at least).  I guess that makes me a muffin man. #proudmuffin

It even went so far that McDonald’s were planning on selling muffin tops in their restaurants. The cakes that is, rather than overweight men and women.

In terms of recipes, in 1851 in a British magazine, the “London Labour” published a recipe for muffins. However, this muffin was a sweet yeast-based pastry product that is different than from what we know today. American cookbooks also featured wheat muffins around this time, which had about 120 calories per muffin. Nowadays some of our muffins have over 600 calories. Muffin top anyone?

The muffins we know and love are “quickbread muffins” although we tend to call them “American” for the simple reason this is where most and made and eaten. In fact, muffin eating in the UK only took off again in the late twentieth century when Starbucks came to town.

Quickbread muffins are made with flour, with bicarbonate of soda as a raising agent. To this is added butter, eggs and any flavourings (fruit, such as blueberries, chocolate or banana; or savouries, such as cheese). Bran muffins use less flour and use bran instead, as well as using molasses and brown sugar. The mix is turned into a pocketed muffin tray, or into individual moulds, and baked in an oven. Milk is often added, as it contributes to the appealing browning appearance. The result are raised, individual quickbreads. Muffins.

Blueberry muffins do divide opinion, but this is mainly whether you should be using fresh, frozen or dried blueberries in the mix. We have to thank the pilgrims for introducing blueberries into cooking (they were substitutes for the English bilberry which didn’t grow in America), but it isn’t clear when it made it into the muffins we love today.

So finally, before we recap on making your own blueberry muffin using silicone cake moulds. I’d like to share a couple of my favourite muffin moments.

One was on a first trip to New York in the late 1990s when I discovered cinnamon with coffee at the same time as muffins. I remember sitting outside a small cafe near Central Park watching the world go by thinking that the Americans really understood the idea of downtime.

The other time was when I was made redundant, and I was sat sadly by myself in a garden centre. As I made my way through what was an oversized blueberry muffin, I came to the conclusion that life wasn’t so bad, as long as you could afford to make or buy something to make the world a better place…

I’m not alone, am I Minnesota? They declared the blueberry muffin as their “official” muffin. Good job.

Making your own muffin

To honour Minnesota, the recipe below is taken from the Minnesota state website, published when the muffin was officially adopted back in 1988.

Make well in center, pour in liquid mixture, and stir lightly just until mixed. Spoon into lined or greased muffin moulds. Top with sugar in the raw, and bake for 20 to 22 minutes.

See our range of baking kit and products at Moldyfun.com, including muffin holders.

Is Coffee Good For You? 12 Proven Health Benefits - Redundant Midlife