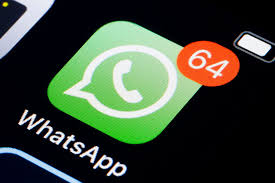 As the Government continues to develop its policies in response to the Covid crisis, it’s understood they may seek to limit the size of Whatsapp groups to six people or less.

In a move that one insider called “bonkers”, the plan under consideration is to lock down social media in an attempt to prevent the organisation of large scale social events.

Speaking for the Government, Mr S Fox of Clapham Central, explained. “Whatsapp is a great tool for the masses. However it has been instrumental in organising events that bring more than six people together in one go. What we’re saying is that by limiting the group size, organising events will be harder, and there will be less social mixing. Personally, I think a group of three is enough, and if a couple drop out you can still enjoy a sociable pint without all this masking wearing Covid nonsense.”

When pressed, the minister did say they were considering some sort of tiering to provide greater flexibility. “Yes, we understand the pressures people are under, so we’re thinking we might allow Whatsapp groups of seven in lower risk areas. This would enable some chappy or chappess to be first reserve. So, when someone drops out due to family commitments, billy no mates can step in, meaning six people can still meet outside. Or inside depending on where you live. As long as they are family. Or in a bubble. I think.”

Whatsapp Groups may not be the only ones restricted

When pressed about young people simply moving on to other social media platforms to organise their illegal parties, Mr Fox looked slightly confused. “Snap hat? No, we’re not worried about that. Or that Instant Gram thing. However we are looking into whether Friends Reunited or Myspace should be similarly controlled.”

A middle-aged Covid Whatsapp user was in a militant mood however, claiming this could massively damage her mental health. “I don’t need this stress right now. I’m tearing my hair out as it is. If I can’t use Whatsapp groups to organise nights out I’ll end up a gibbering wreck, burbling on about work shit all the time.”

Andy Burnham, King of the North, also dismissed the story as southern Lannister nonsense. “Let Mr Fox come up here and man the wall with us against that White Walker [Sturgeon]. Then we’ll see how long he lasts before sending a selfie of himself to more than six people encouraging them to holiday with him.”

If you have been impacted by this story, feel free to reach out for advice and guidance from our own life coach.