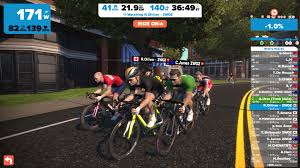 With Covid keeping us locked up once more, the advice is to try something new if you want to avoid cabin fever. With my hip replacement becoming a distant (9 months) memory, I wondered what I could do.

So have you ever gone for years thinking you don’t like something, only to try it and find you’ve been missing out? I had it with Brussels. I’m talking sprouts rather than the place, which would be a whole different story. Anyway, having spent years rolling those smelly green balls round my plate at Christmas, having tried them again I now want Brussels all year round.

It turns out if you try something new it can have huge mental and physical benefits. That’s not just me saying it, that comes from clever people at the NHS. In midlife apparently you should try something new fairly frequently if you want to keep hold of your happiness (and your mental faculties). Physically you and your tastes will be changing with age so be open to anything, even if before it made your toes curl.

So in lockdown, with the gyms shut and the weather turning cold, I decided to try some indoor exercise. Being a fair-weather Sunday cyclist, I splashed out on an Elite Suito smart turbo trainer. Basically an exercise bike that uses your own bike attached to a machine. My motivation was partly driven by my hip replacement recovery (have I told you about that?) and my desire to prevent, or at least delay, an operation on the other one. Oh, and to stay warm and dry when I wanted to exercise over the winter.

Luckily I had enough space in my garage to set up a turbo trainer with an old TV, Bluetooth speaker for music and a tablet to connect it all together. With that I was ready to go. Well almost, as I had some questions that needed answering.

My first question was clothing. Do you still wear lycra when you’re sat inside next to a lawnmower? At the moment I’m resisting that temptation, as without a breeze I need some air circulating around the sweaty extremities. No one wants to experience that. Not even me.

Next up was what to do with the turbo trainer. Just pedal or sign up to one of the many cycling apps. I landed on Zwift, partly because I had a 6 months free voucher with the turbo, but also because having tried others (Bkool, Rouvy, Sufferfest) I liked the idea of racing like minded weirdoes in their pain caves. It was also the easiest to set up for an old duffer like me (plug the trainer in, download Zwift, find the Bluetooth enabled device and off you go).

Anyway it turns out I had stumbled across a whole sub-culture I never knew about. All of a sudden I was cycling with Herman from Germany, joining the Dads in Road Trainers (DIRT) races and unleashing the competitiveness that had lain dormant since giving up squash.

Exercising indoors on your own can still be sociable

It turns out that riding a turbo trainer is hard work, even if like me you start in the lowest (middle-aged man in lycra) category. Mine is a smart trainer which adjusts the resistance to the inclines, so it wasn’t long before I was out of the saddle chasing down Herman the German up those 8+% hills. Yes, I felt a bit sick at the end of a 45 minute race. Yes my t-shirt, shorts and the floor were sodden, but I was hooked. (Tip: make sure you have at least a towel, and if you’re in the house you’ll need a mat and ideally a fan to blow some of the sweat away).

Oh, and you can’t fall off a stationary bike. That’s good for a clown like me who struggles to get his feet out from cleats before toppling over.

It does feel a bit strange, wandering into the garage and shutting the door to do my exercise. I’m sure my neighbours think I’m odd, especially as the training music blares out. Beatles while I can still sing along, Eminem when I just need a rhythm. And maybe a touch of John Denver to wind down to. Yes I’m odd and old.

However it turns out I’m not alone. The nice thing on Zwift is you can race people in your own age group or at your level (I’m level D), so I can challenge people with similar aches, pains and artificial joints. There is a certain satisfaction when you don’t come last. It makes the hip replacement all worthwhile.

Beating the winter blues with Zwift (and sprouts)

And if you’re locked down that’s a good thing, and why you should try something new. The exercise drains away any frustration from not getting out and seeing people, and those pieces of carrot cake don’t sit so noticeably around the waistline.

Turns out Zwifting and Brussel sprouts have a lot in common. People either love them or hate them. They’re both healthy, run the risk of you smelling bad afterwards and are best during the winter months. However, one of them is something you can enjoy with others. And that’s got to be a good thing.

I’ll be back posting some cycling updates for those interested over the coming weeks and months.

Oh and if you want to try something new that isn’t so strenuous, how about some cake baking. Make an Oreo cake. Send me the photo. Live on the wild side.