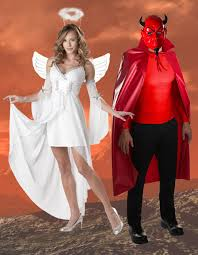 Actually, role playing doesn’t happen in the bedroom, does it? Really? Maybe that’s something for another blog or the comments. Anyway, I had a wry smile when I was told that the final stage of my interview would be a “role play“. I couldn’t stop images of scantily clad recruiters dancing around the room in some Benny Hill like chase (sorry, that’s an age thing).

Of course, the recruiters were taking it a whole lot more seriously. I was meeting the CxOs and I needed to prepare accordingly! However the trouble with a role play, bedroom or otherwise, is that it should be done whole heartedly, not in some arbitrary “now you do, now you don’t” way.

In this case, I entered the room to greet my interviewers. We had a nice chat. They helped me project my screen from my laptop. Got me coffee, laughed and joked about the view. Then the nice HR lady in the corner sighed and said, “you can start”.

And then the role playing fantasy begins…

As if by magic the smiles disappeared. CJ, who had been telling me only seconds earlier about his children, suddenly became Mr Angry CEO who had been mistreated by the company I represented. DE, who had assured me this was a ‘high level conversation just to see how you present’, started asking pointed questions about the detail of the (fictional) technical solution. RK had the easiest job of playing the role of a very real CxO by checking his phone the whole time. In fact he might have been doing that for real, rather than in role. During this time the HR lady took notes and nodded, not having been given a formal role, other than “recruiter”.

Either way, the switch doesn’t work (for me at least).

You have had your twenty seconds of impact before you enter role. Changing your mindset to start role playing something completely fictional isn’t easy and it isn’t how you would behave in a real meeting.

Suddenly pretending you’re presenting something for your fictional organisation just after laughing about said fictional organisation and why it’s rubbish means you’re not mentally in the game. It would be like climbing into bed in your pyjamas, having a chat with your other half about the weather, and then jumping back out of bed to put on your devil’s costume (obviously if that’s what takes your fancy) to begin some sensual role playing activity. Not going to happen. Well not in my house anyway.

If organisations want to go down this route they should do the whole meeting as role playing, from the moment you turn up at the reception desk.

They would then get a better view of how you perform in a full scenario, including the initial impact. You’d be in the right mindset. The soft, friendly elements can be done afterwards, but the hard graft of the interview should be taken seriously, and from the start.

Just like role playing in the bedroom, if that’s actually a thing.