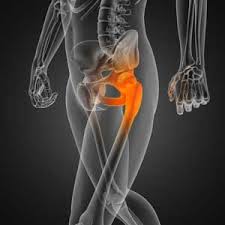 Having signed up to a middle age hip replacement at 50 due to my “early” middle age arthritis, the day fast approached and it was all becoming a bit more real. I occasionally had doubts whether I needed it, but then the groin pain, knee pain, and general nagging pain convinced me otherwise. When you can’t walk around town, you realise something needs to be done. This is the tale of the pre-op assessment…

The pre-op assessment – the illness checklist

I had the documentation. I had the date. Now all I needed was a clean bill of health to be able to undergo the hip replacement operation.

The pre-op assessment was like having a minor MOT. Height (smaller than expected), weight (heavier than hoped), heart rate slightly irregular but nothing to worry about. Blood, urine, and MRSA tests undertaken and all good.

The checklist with the nurse was comprehensive, ticking off all my previous and current ailments from a detailed list. Part of me wanted more issues, as it was like an extended doctor’s appointment, She was also interested and sympathetic to all my pains and previous problems, which was a novelty. There were conditions and illnesses on the list I hadn’t heard so I also ended up worrying I had new problems to go with my historical ones. Yes my arms tingled, yes I had to get up in the night, yes sometimes I felt dizzy…my God, I was properly ill! Or not.

Anyway the most important bit was the repeated check that it was my left leg being considered. That would be a real bummer if they got that wrong.

We chatted about food and fasting, as I am slightly obsessed where my next meal is coming from. Luckily as I was an afternoon case I could still have breakfast and a cup of tea first thing. Missing lunch I could do, although usually in my post-work redundant days I would have consumed about 2000 calories by then. I was also told to reduce my coffee and painkiller intake in the days leading up to the operation, which meant my new coffee machine would have to stand idle.

Post operation though they would be serving food. And tea. What more could you want?

Next it was off for an x-ray. The nice man placed some small balls near my hip (no change there) so they could measure the size of the prosthetic required. I suggested large, but the radiographer shook his head sadly and got a pearl necklace from somewhere…

Finally it was off to the physio for some advice and guidance in the “Hip Replacement Physio Class”. Here I made a new buddy. Another man, also middle aged (or “old” as my children would say) was in for the same operation as me. Crammed in a small room with the physiotherapist we went through a PowerPoint presentation of what was going to happen, what we would need to do and how quickly we would recover. The things I learnt were:

And suddenly we were done. We were patted on the head, wished well and sent home to worry. In a bonding conversation in the car park my new buddy was pleased to find someone who walked in the same strange way he did. Unfortunately I had been walking in an odd way for years, but I didn’t admit to it.

Fond farewells ahead of the middle age hip replacement

So with the operation confirmed and a week or so to go I started a farewell tour, taking my old hip out for goodbye drinks with all and sundry. We toasted it goodbye in a Thai restaurant in London, a pub on Dover seafront, and near my old pre-redundancy office in Bracknell. Some people thought I was mad to be honouring such a painful trouble-maker, but it felt like a vital part of me was leaving for good in a “getting old” sort of way. I wanted to mark the occasion somehow before I became irreversibly bionic.

It is common, but hip replacement is still major surgery, even for us younger people. As explained in this article in Popular Science, “You’re ripping out a big segment of the body, and replacing it mechanically—that is a massive assault on the human body. And yet it has an extraordinary success rate.”

Lost sense of smell. Can surgery save it? - Redundant Midlife

[…] I remembered I hadn’t had anything done down there. Immediately the psychosomatic freeze disappeared. The good thing about sinus surgery is that […]