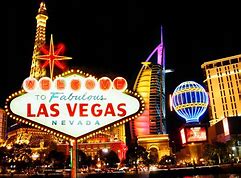 When I approached 50 my wife asked what present I would like. Without thinking I said a trip to Las Vegas with whoever would come. My wife frowned, as it wasn’t the lasting memento she had in mind, and really didn’t want to go. For some reason I stuck to my guns. Normally I would have said “whatever, another time”, but this felt different. Was this the beginning of a male midlife crisis, or just a chance to do something on the bucket list?

So I opened it up to all-comers. Over the next few months my initially enthusiastic friends fell by the wayside one by one. Cost, time, family, and lack of interest derailed many. In the end it was down to a couple of work colleagues and an old college friend to shoulder the burden. An odd mix but all with the “tick it off the list” agenda.

I spent time researching things to do online and from people who had been. Everyone I mentioned it to raised an eyebrow, or sniggered, and said “midlife crisis”. They suggested haunts and holes they’d visited, ignoring my “we’re going for the scenery” and replacing it with “you’re going for the seedy”.

Well actually it turned out it was a bit of both. Somehow we avoided the real down and dirty, but in doing so I learnt a few things about Vegas trips:

Highlights included the duelling pianos in the Paris hotel. I can’t sing, but for some reason ended up at the front serenading a random 21 year old on their birthday. There is some dodgy footage on social media, but that’s still in the USA somewhere. A bit like selfies the woman from Florida insisted on taking with us in the early hours because she liked the slot machine we were on. And on that note, another chuckle was watching my buddy celebrate a $300 win and then feed it back in to the machines almost as quickly as it had come, out because he liked the tune the ‘Hannah and Heidi’ machine played when he won.

Las Vegas is definitely a place to visit. It’s now geared more to families, shops and attractions than it ever was.