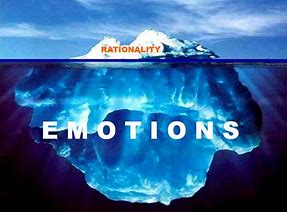 I’ve been asked by most interviewers “so why do you want to work here?”. Eschewing the obvious answer “because I don’t have a job and need the money” it does actually beg a more interesting question – what makes an attractive organisation, and how can do I decide whether it’s right for me?

Is it facts or emotions? It’s like choosing a partner in life. They are both long term commitments, and need to be entered into with the right level of expectation, support and excitement. You don’t want to get a short way down the road and looking at the dating sites again. But how do you decide what’s right for you in a new role? Or do you just say “yes” because you’re so thrilled to get an interview?

A friend of mine in a similar position is single minded. For him there’s no dating the slightly bloated, older organisations. He wants an attractive organisation. He wants youth. Excitement. Growth. No suits or ties. He doesn’t care who he’s interviewed by. He has decided which companies are on his hit list and he pursues them like a young adolescent boy after the trendy girl at the back of the class. His choice (he claims) was made rationally using facts about growth, staff satisfaction and age of workforce.

I am less clear. For example, I get easily swayed by interviewers. Many times I’ve started an interview only to find half way through I’m getting bored of the interviewer and role. Sometimes though they manage to sell me the opportunity of a lifetime, even though it’s in bloatedandold.org because of their enthusiasm and appetite to change.

Now I’m not saying that’s right either. I shouldn’t really be basing my big decision on what makes an attractive organisation on a short chat and gut feel. But as humans, whatever we say to the contrary, we do find it hard not to let emotion and instinct creep into the decision making process. It’s like falling in love. I don’t remember checking bank balances and job prospects before taking up with girlfriends. It was driven largely by emotion and instinct. Buying a house? One walk round and decision made. A car? Even worse, nice salesman, good colour and bang I’m done.

Will I find my attractive organisation?

And there in lies in the rub. Whatever I think and however much research I do, I can’t help thinking that actually my decision won’t be based on facts. I am swayed by my emotions. But is that so bad? Does pursuing the cosmetically attractive girl at the back actually mean missing the opportunity to date the more interesting ones at the front?

As it turns out I’m not alone. There are things you can do to balance the emotional and rational decision making process. See this article for more about using emotion or facts for deciding what makes an attractive organisation..