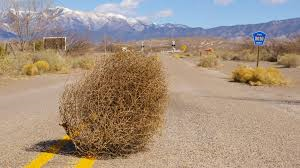 Recruitment responses gave me a shock, and not a good one.

After I was made redundant I didn’t wait long before starting to apply for new roles. I believed that skills and experience quickly counted for nothing if you weren’t actively using them. In my head I imagined quick applications, leading to interviews and then job offers within weeks. Recruitment heaven.

Optimistically I updated my CV, updated my LinkedIn profile and registered with other job sites. I was told that in the modern world recruiters were increasingly using AI to match people to jobs, so I also added in some of the buzz words I hoped would be found by the search bots. I was hoping to try something a bit different, and thought the experience I had would outweigh the fact for some of the roles I went for my knowledge was sketchy to say the least.

Sitting on your hands doesn’t work

For a while I sat and waited in the hope that from this updating, paying for LinkedIn Premium and the fact I was available, would generate a flurry of calls. Unfortunately it didn’t. My optimism took a knock.

I then started applying for roles on LinkedIn, and realised how the world had moved on and how it was changing the whole dynamic of contact. The “EasyApply” button on LinkedIn allows you to apply for a role in the same way “one-click” on Amazon has parcels delivered to your door in an instant. Jobs you really aren’t suitable for become opportunities to “have a go for”, as you just need to press that magic button. Someone else will determine your suitability – or something else if it is the AI at the recruiter’s end.

At the other extreme, some organisations make it incredibly difficult and frustrating to apply. These direct you to their own websites, where the application process is a test of your enthusiasm to work for the company. There are drop-down menus that don’t work, auto populating tools that make it hard to edit, or cut and pastes from your CV that are rejected due to formatting issues. Saving doesn’t always work, so any failure is like sliding down the snake in snakes n’ladders and ended up back at square one.

And the recruitment response is? Eerie silence…

Either way, your application goes in and it is from there the tumbleweed starts rolling past your window. Some organisations will at least send an email recognising you’ve applied, but for many from here on in it’s the black hole of information. You have to work on the principle that hearing nothing over a couple of days means rejection. You don’t know, you just have to assume.

If you’re lucky someone will ring you to get some expectations set about skills or package, and this is the most demoralising part of the recruitment process. Many times you’re told you’ll be offered an interview, never to hear from the recruiter again. It’s almost like they don’t want to give you bad news, or don’t want to rule you out too soon as they get targeted on the number of submissions.

The silence is demoralising. You wait for the phone to ring, you delay activities or adjust your plans in the expectation of that interview you were promised. It’s a fruitless state. The silence continues until you realise it’s a lost cause again, and the emotional roller-coaster has been ridden once more.

It would just be nice occasionally for someone to contact you honestly. “Sorry you’ve not got the interview because you’re CV is shite” might at least inspire you to change it. Not hearing just makes you fester…and that’s not good for anyone.

If you want some advice though it’s don’t believe it’s you. It’s the process. It’s easy to imagine everyone else is being called, but they’re not. So take a positive view, maybe rehash your CV, and keep trying. One day the phone will ring, and you’ll be back once more!

See Finding Work in Your 40s for some tips on how to approach the post-redundancy process.