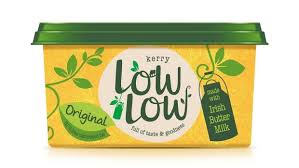 As I sat down with my scone, jam and clotted cream (it is summer), someone mentioned my middle-age spread. They weren’t talking about margarine either. Kids can be so cruel sometimes.

Anyway, I quickly put my shirt back on (no tie, as I was working from home) to hide my muffin top. I then gave the issue some serious thought.

Having been stationary for quite some time (have I mentioned my hip?) I had to admit I was no longer the fine figure of a man I’d once been. Although my glutes were now made of iron due to the post hip replacement rehab exercises, the rest of me wobbled like an underdone jelly. I say “glutes of iron”; the physio called them “withered” but I presumed he was joking.

As I saw it I had several (three) choices open to me:

Eating (and drinking) less just didn’t appeal. I enjoy a cake or two during the day, and a beer or two in the evening. It’s what keeps me sane. Yes I can eat salad, but it always leaves me hankering after a cup of tea and a biscuit to finish it off.

So that left exercise.

I watched Joe Wicks, but aside from when his wife joined in couldn’t see anything appealing in what he had to offer (sorry ladies). What’s more I didn’t really want to answer questions while sweating in my lounge, a place better suited to box sets and sleeping.

With my hip, I considered running, then considered it again. I’d been told that my right hip was as bad as my left (before it was replaced), so I wasn’t keen on doing something that could ruin all my good work.

I had once been a swimmer. One of my greatest achievements was being the youngest person to swim Dover harbour. Obviously it means I’ve not achieved much else in forty plus years, but either way look me up. I’m famous. Or was briefly for a time in the mid-seventies, in Dover at least.

The problem with swimming is the whole getting there, getting changed, and not seeing a thing (if you’re as short sighted as me). I tried prescription goggles once, but stopped when I had to use them to find my way from the changing room to the pool. Some people might call me vain. They’d be right.

Anyway given the Coronavirus lockdown the swimming pool was shut anyway. The thought of that virus swimming into my open mouth just wasn’t appealing.

Lycra makes you feel the athlete you’re probably not

That left cycling. Dusting down the bike and looking at the saddle reminded me why I had stopped before. Then again, there was something reassuring about squeezing into figure hugging lycra. It made me feel sporty again. MAMIL and proud.

On the road and with the occasional nod to other passing cyclists I suddenly felt alive. The fresh air blew the cobwebs out of my brain the miles melted away and then all of a sudden I felt a pop. A puncture. No problem I thought. As a handy middle aged bloke, fixing a puncture shouldn’t be an issue.

Turns out, it’s like my DIY. The tools just don’t work properly. All I ended up with were dirty hands and a bad temper. It also meant an emergency call for a recovery vehicle to come and pick me up. That went down well.

Then I had a revelation over a beer at home.

Actually middle-age spread is not something to be ashamed of. One of the benefits of getting past the half way point is actually you don’t need to care as much any more. People will like you for your depth of experience and conversation. They’ll also be less intimidated by a (slightly) portly figure than a lithe, with six pack variety. It’s actually makes you more shapely, compensating for the disappearing muscles while hiding the wrinkles. A bit like botox but in you belly rather than forehead.

It’s a special club. You get past a certain age and all of a sudden you can join like-minded people spreading slowly into comfortableness. OK, so you don’t want to become a sloth, but you can relax a bit more and enjoy the moment. In fact, getting extra sleep is a proven way to lose weight, especially if you lower your stress levels at the same time.

So stop trying to be some middle age superstar with abs of iron. It might actually do you more harm than good. Grab a book, sit down and chill. Then go to bed. Moderate your carrot cake slice size and go for a stroll. Your mental health will improve too.

Middle age spread doesn’t have to be all gloom and doom.

You can still be a tasty morsel. Or eat one at least.