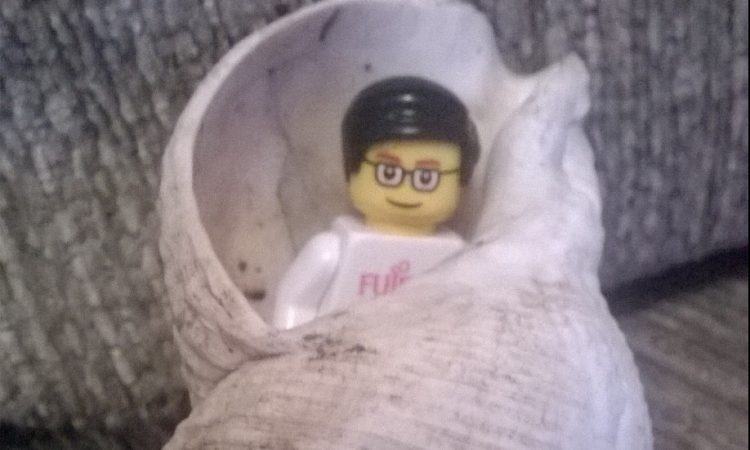 If you’ve been struggling with how to be happy, especially while you’re locked down, here’s something you can do to improve your mental health. Don’t try and make changes for you, do it for someone else. Let’s introduce you to Don, your special friend. He needs you. Don’t ignore him.

So you’re stressed. Work is getting you down. You’ve no time to talk to your friends and on top of that you’re locked indoors trying to escape Coronavirus. You might be having a midlife crisis. Are you happy? Probably not if you’re reading this. However we can help improve your mental health.

Close your eyes (maybe not literally at this point).

Right, imagine inside your head there’s a small figure beavering away. Let’s call him Don.

Don is a bit like you, except he lives inside your skull and is responsible for guiding the machine that is you through its daily, often boring, life. He pulls the levers, presses the buttons, and turns the knobs that keep you blinking and breathing. It’s a tough job. First up and last to bed, Don opens your eyes in the morning and closes them at night. Plus everything in between. He’s seen the sights you don’t want others to see, unless you’re some sort of dodgy social media exhibitionist.

Unfortunately Don can get a bit sad and lonely. He doesn’t feel appreciated for the effort he puts in. He feels let down as you override his controls to stuff cake after cake into your mouth during the day, and then swap to alcohol as it begins to get dark.

How to be happy. Talk to the awe-inspiring Don.

So if you could speak to Don, what would you say to make him happier?

You’d probably tell him his job is vital. Without him you’d be nothing. You’d be a slob, lying unwashed and generally unwell in bed. If he wasn’t doing his job people wouldn’t get to experience your witty jokes. Those people would be sadder, lonelier and more miserable as a result.

With some serious consideration you might tell him you were taking on board his criticisms of your lifestyle. You are making his job harder after all. It’s not easy to steer a drunk, overweight, unfit body around.

To help Don feel more motivated you could also offer to go out an introduce him to others like him.

You see inside every head there’s a Don or Debbie driving a lumbering machine that is just like you. They are the heroes of this story. Trapped in the dark, unable to feel the sunshine on their faces, these little characters can easily feel sorry for themselves. However, sharing some of the pain with others like them makes their lives more bearable. Your lumbering gait, bad habits and general misdemeanours can become a shared joke that only they can appreciate.

Get out and dance with Don

Not feeling alone is a powerful drug when it comes to happiness. Even making a cup of tea with someone could have a big impact on Don’s health.

If Don could look forward to these checks and balances it would help him keep his issues in perspective, it would give him some motivation for pushing and pulling those levers in your head with a bit more gusto.

He may even dust down the laughter button that’s lain unused at the back of your brain and press it occasionally. As Don starts to smile, you will too. Before you know it you’ll feel more positive, and you may make that breakthrough in how to be happy.

Do it for Don

So next time you’re feeling a little down, wondering how to be happy, just think of Don inside your head. Think of the things that would make him happy. Do those things not for you, as that would be selfish and require effort. Do them for him before it gets too late and he ends up miserable. And you don’t want him to be sat there in your head, looking glum and listlessly driving the machine that is you.

Keeping Don happy can make you happy too. You and Don. The perfect partnership. Treasure it and make it special.

So if you’re still wondering how to happy, don’t ignore Don. Do it for Don.

Have other issues you need resolving, then feel free to Ask Marvin anything.