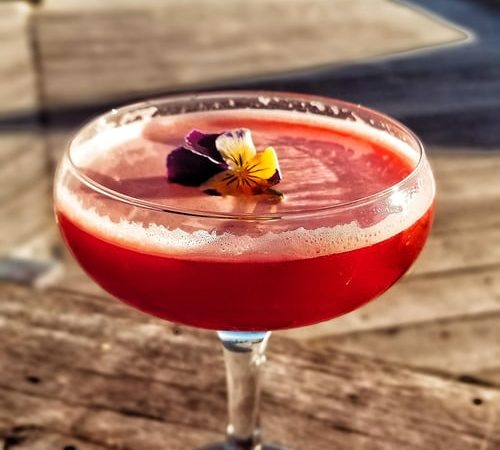 Summer’s here and the time is right….

Lockdown could be coming to an end, the sun is shining, and we’re all feeling a little happier. Although the time may not be right for dancing in the street just yet, it is the time for making and shaking some cool cocktails with ice cubes to match.

Given we’re all about the unusual, we’ve decided to put together a short list of offbeat cocktails, from Star Wars to Titanic, all of which can be supplemented with some quirky but relevant ice cubes from Moldyfun.com.

The cocktails we’re going to be looking at are:

So grab that cocktail shaker, chill those cubes, and sit back in a socially distanced sort of way to enjoy the taste of summer!

The Laughing Buddha brings good luck, contentment and abundance. He helps you get lots of whatever you wish for – be it wealth, happiness, satisfaction or, in my case, pubs opening and some decent socialising.

Despite looking a little like me following my lockdown diet, the Laughing Buddha cocktail is actually a bit healthy.

I’m only saying that as it includes ginger and chilli’s, both of which are supposed to be good for you. Ginger for example helps with muscle soreness (post Joe Wicks) and also morning sickness (post lockdown frolicking).

Obviously if you are battling morning sickness I don’t recommend drinking the cocktail yourself.

Obviously a tornado can conjure up images of wind and rain, but in this case it’s a smooth rum based drink from the Caribbean. As the Caribbean is somewhere I’d like to go when flights resume, this is one for yours and my imagination. Think of the turquoise sea, dark blue sky and white sand. Perfect.

Obviously I wouldn’t be doing my job if I didn’t recommend some ice cubes, so get one of our silicone mould ice trays and make tornado shaped ice cubes. Brings your cocktail to life.

If you fancy something with a bit more bite, then this one could be for you. It conjures up images of sand, sea and… and sharks. It’s a cool cocktail with colour.

If you like a floater in your cocktail then these ice fin novelty cubes are perfect to finish the drink off.

As they said in the film, “You’re gonna need a bigger boat,” so the next cool cocktail plays on that idea.

Continuing the nautical theme, and I guess disaster movies, along comes the Titanic cocktail. Sailing a ship into an iceberg would probably be more explainable if you’d had a few of these.

So for novelty ice cubes, this time we actually have a (small) replica of the Titanic made using a silicone ice cube mould. So this time the ship is made of ice, rather than being sunk by it.

I admit it’s not the jolliest sounding cocktail, but as there are plenty of Star Wars cocktails about I thought we’d be a bit different. Plus I like a good whisky sour, so this is one for the garden with mates.

Obviously this is a little on the dark side…but all you need to do is put the ingredients together and shake and prepare for your vary own Star Wars. The just add a Death Star Ice Cube to finish off your Star Wars themed drink.

I like a bit of history so thought I’d mention this one as my final choice. It even has an entry on Wikipedia. I have to admit I’ve not made it, but can feel some fun coming on when we’re finally allowed to get close to each other. A few of these and there’ll be some hugging of something or someone for sure.

Blow My Skull is an alcoholic punch (so not strictly a cocktail) that originated in mid-19th century in Australia. As originally described in The English and Australian Cookery Book by Edward Abbott, it calls for two pints of boiling water, mixed with sugar loaf, lime or lemon juice, one pint of ale (dark), one pint of rum, and half a pint of brandy.

Some people call the drink Blow My Skull Off, which may also refer to a historical version made with ingredients unlikely to be in your store cupboard. Turkish opium anyone?

Blow My Skull Off Ingredients

Dissolve 165g (3/4 cup) of brown cane sugar into a litre of boiling water in a large bowl to dissolve. Then add the juice of six limes (about 180 ml), and 500 ml each of porter and navy-style rum (57% alcohol content) and 250 ml of strong brandy, stir and refrigerate until chilled. Serve in half pint glasses.

Again, I’d suggest adding in some novelty ice cubes to complete the drink… Not the cheeriest ones to end on but at least these are reusable for Halloween…

There you have it. Some cool cocktails that are off the beaten track. Now summer’s here and we’re no longer clapping in the street, don’t forget to raise a glass of your cool cocktails to the carers and NHS staff who have got us here.

I’m also celebrating being hip, well having a new one at least (have I told you my story?), a new job and summer in general, so I’m off to give them a go (again).

Ice Cube Mould Tip: When making novelty cubes, boil the water first and let it cool. It’s a way to ensure they come out crystal clear, rather than cloud…