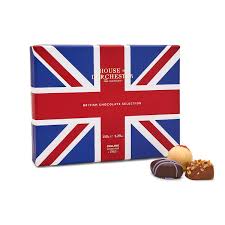 British and American chocolate are different. They have their similarities, but if you wanted to melt one to make chocolate fudge, or dip a bit in a cup of tea, you would need to decide which side of the Atlantic you were supporting. It’s a bit like choosing between Boris and Trump. They’re broadly similar, but there are somethings that make one sweeter than the other.

Normally I am a simple tea and cake man. However, it would be wrong of me to ignore chocolate. It has kept me going on many a chilly evening, whether camping or canal boating, or simply when the carrot cake has run out. So what is the chocolate story?

I’ll start with an easy one. White chocolate. Whichever side of the Atlantic you’re on, it isn’t strictly chocolate. Or is it?

So white chocolate can be called chocolate because of the cocoa butter. However some people still say it shouldn’t, because it has no cocoa solids in it.

Confused?  Well those sorts of differences are what underlie the American-British chocolate war.

Differences between British and American chocolate

Let’s now look at the US and British versions of “normal” chocolate.

In the UK chocolate must contain at least 20% cocoa solids. In the US, cocoa solids need only make up 10%. So if you’re wondering why your Hershey bar tastes different to your Cadbury’s Dairy Milk, there’s your answer. Less cocoa.

Other Europeans generally prefer chocolate with an even higher amount of cocoa solids than the UK. But then that’s why the British voted for Brexit. Just to be different, rather than for any good reason.

The cocoa content isn’t the only thing which separates British chocolate from American.

The chocolate making process differs from the grinding of the first bean. Though confectioners keep their recipes secret, it is believed that American chocolate typically uses South American beans, whilst British makers favour West African cocoa.

There are also variations on the type of powdered milk used, which can impact the flavour.

Some of the differences are rooted in American history and the World War 2 when supplies were limited, especially the cocoa needed for chocolate.

In 1937, the US Army approached the Hershey Company about creating a specially designed bar for its emergency rations. According to Hershey’s Chief Chemist Sam Hinkle, the US government had four requests about their new chocolate bars: They had to weigh 4 ounces, be high in energy, withstand high temperatures and “taste a little better than a boiled potato.”

I guess we should celebrate the American ingenuity in creating the Hershey bar and its contribution to the war effort. However maybe in making it taste just a bit “better than a boiled potato” (to stop the soldiers eating it all the time) the Americans lost some of the flavour that makes British chocolate so great.

I have eaten my own body weight in Hershey bars as a test and because they’re cheap (a by-product of less cocoa). However if it came to dying in a ditch over a chocolate bar, it would be British chocolate for me. The velvet smoothness, the richness and the general taste is better than the US competition. Sorry. It’s a personal preference thing.

Either way you can have fun with chocolate whatever your persuasion. Melt it and pour it into a silicone mould and you can be hugely creative. Chocolate is fantastic for moulds, cooling quickly into intricate and impressive shapes.

The BBC has an example of making home made chocolates using silicone moulds, but in actual fact it’s pretty easy (especially if you’re melting chocolate bars rather than making from scratch).

If you like an easy life use standard confectionery chocolate. It melts more easily than the ones with more cocoa content. If you do use couverture chocolate you’ll need to double boil, so for the sake of ease we’re going with “normal” chocolate here.

Step 1
Heat the chocolate in a microwave or pan until it has the consistency of a syrup. Stir frequently while you’re warming and don’t over cook it.

If you have a mould spray use it now to lightly grease the mould. It helps to get the chocolates out intact.

Step 3
Fill the mould with chocolate. Ideally you would do this with a squeezy bottle or piping bag to ensure consistency, but you can do it with a ladle. When you”re done, scrape off the excess chocolate from the top and sides of the mould.

Step 4
Tap the mould firmly to remove any air bubbles from the chocolate.

Scrape off the excess chocolate from the top and sides of the mould again.

Step 6
Let the chocolate set for about 5 minutes: put the mould on a sheet of paper (on a board for stability) with the open side facing down and allow the excess chocolate to drip onto it (until the dripped out chocolate begins to set).

Step 7
Scrape off the excess chocolate one last time and leave the chocolate to harden in a refrigerator for at least fifteen minutes or so.

Step 8
Place a board over the top of the mould and invert. Gently push out the chocolates on to some baking paper. Ta ra, a chocolate bar converted into something altogether more special.

See here for another recipe for chocolate orange fudge using a slow cooker. As easy as it comes.

The chocolate war is over. Let’s not start another.

There you have it. I think the British won the chocolate war, although we have to recognise the American’s chocolate contribution to an actual war.

In terms of moulding, the great thing is chocolates can be shaped like anything. For example Star Wars or Dr Who characters, depending on whether you like America or British sci-fi.

However, let’s not argue about it. We don’t want to start another war.