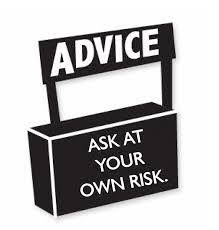 I know lateness isn’t life changing, but I do like to be on time. When I am, I always seem to end up waiting around for others who turn up late. They apologise. I then smile and say “that’s fine” when inside I am a seething mass of rage, wanting to jump up and down on their souls. How do I stop myself hating them for their lateness?

JA, I sympathise. I too am a stickler for time-keeping. I actually pride myself on being on time, getting a small buzz if it’s to the minute, so neither early or late.

I also seem to have gathered about me a rag tag group of sloths for whom watches are a fashion item and not a useful tool. Often when I’m out, they turn up late and start drinking, ignoring the fact I battled to the bar to get their pint and fought to keep seats spare for when they arrived.

I used to be like you, smiling and accepting their lateness. Now I am less sympathetic, and often text my displeasure the minute after they should have arrived. Maybe it’s a middle age thing. Admittedly, it hasn’t made much difference, but it does make me feel better. I also make a point of making them buy the round when the arrive, but that’s because I’m small minded and petulant.

If you wanted to be constructive you could offer your late friends and colleagues tips to overcome their mortal sin of lateness, such as:

Lateness is a genetic flaw

However I now believe lateness is a genetic flaw. And I’m not alone, with some people thinking it’s linked to personality traits. No one I have moaned at has managed to change their behaviour. Late people just don’t understand the problem. They think you’re uptight if you complain. For them, late is on time. On that basis you have to accept it, work with it, otherwise you will lose your sanity.

Putting all your clocks back 15 mins could help, so when you think you’re on time you’re actually late too.

Phoning them every few minutes to check their whereabouts might also work, although they might end up hating you. Texting ‘how’s it going’ is a more innocent approach, but generally someone who is running late shouldn’t have time to reply.

If all else fails I would suggest finding some new friends and work colleagues who respect you and timekeeping more. It’s a bit harder if it’s family, but rest assured, you’ll be much happier for it.