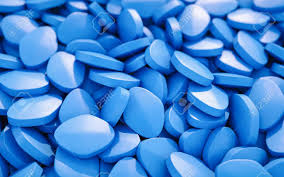 Growing old can be fraught with problems. As marriages stretch beyond what used to be a lifetime, the differences between partners can often become more pronounced, and nowhere is that more apparent than in the bedroom. So what does it mean for midlife romance?

With differing sex drives, men and women have often struggled to come to terms with the ask, deny, frustration, grumpiness cycle. The grumpiness of the man becomes the reason for the denial, which increases the grumpiness to levels that can lead to affairs and / or divorce.

A friend of mine was in this exact situation. Barren months had led to calloused hands. Buying a bigger laptop hadn’t helped, nor had leaving his search history open for all to see. His wife had decided he was a boar and a bore, plus with the onset of early evening tiredness, her desire to roll naked around the room had become more of a fear.

In an attempt to break the cycle, my friend found himself inside a Boots store buying over the counter Viagra. In a slightly male way, he had decided that the problem was his ability to last. Nervously he filled out the required form, recollecting the early days of condom buying when you struggled to meet the pharmacist’s eyes as he sized you up for a night of passion.

Popping the pill with excitement

On arriving home, said friend popped his pill early, recognising his wife would soon be heading up the stairs. He followed her, complimenting her on how she looked, and sympathising with how hard she’d worked. He quoted an old song line, to which she replied “amazing” (in retrospect this could have been sarcasm) but at the time he took to be at least a thawing of the ice maiden if not quite a come on.

In other departments, either the anticipation or blue pill was doing its stuff. As he climbed into bed he felt warm, excited and up for the fight. Gently (but quite quickly as he knew it was only a small pre-sleep window) he reached out and wrapped his arms around his wife.

“I just thought how nice you looked,” he answered provocatively.

She turned over. “I think I have a serious bowel issue,” she said.

A lot went through his mind at this point, and sympathy was only one of those thoughts. His first was it was like the nuclear “no sex” escalation – I’m tired, have a headache, am sick, have bowel problem. The ultimate put down. Then, and somewhat guiltily and probably a little too late, he enquired after the symptoms and diagnosis (Google has a lot to answer for).

By the time both the symptoms and treatments had been discussed, the power of the pill was well and truly broken, proving that desire and chemicals are still no match for a determined woman.

Fortunately the bowel diagnosis was favourable, and following a more roughage friendly diet, the wife’s health returned. My friend has four pills left from his original five, but with a new big pc and powerful video card he doesn’t see any imminent use for a chemical supplements to help a midlife romance.

And so with that he accepted middle age and the passing of his midlife crisis. Part of his issue was the mental struggle that thirty years ago you had the world at your feet, and so you should be telling your middle-age self it’s like starting again from your youth with another thirty to go.

But then as you get up to start to race again your back twinges, knees hurt and hip pain stabs you again and again with reminders of your decline. Your addictions are harder to shake. Alcohol, tobacco, cake all become a daily battle of wills, with your body reminding you that to carry on as you are means you’ll soon be excited by daytime tv and that vision of an older person’s Ibiza is just a mirage.

So what can you do before you join the bowls club?